Squama CAN FD to Ethernet Board with PoE

1  Review Add Your Review
Squama Ethernet integrates a high-performance micro-controller based on Cortex M0+ and an Ethernet control chip W5500, which can be used by users to develop Ethernet applications.
$29.90
Availability: In stock
SKU
1050002
Add to Wish List Add to Compare
Email
Details

Squama is a series of products. This series of products has a standard appearance, with a general size of 62x30mm. The series integrates an MCU and peripherals with communication function, which is suitable for IoT-related applications.

Squama Ethernet is the first product in the Squama series. Squama Ethernet integrates a high-performance microcontroller based on Cortex M0+ and an Ethernet control chip W5500, which can be used by users to develop Ethernet applications.

WS2812 LED and user buttons are also integrated on the board, which can facilitate some interaction. More importantly, Squama Ethernet supports PoE (Power over Ethernet), which makes the wiring more concise. Only one network cable is needed to complete signal transmission and power supply.

Squama Ethernet use the Arduino Zero like bootloader, you can use Arduino IDE to develop your application ealisy.

The following video is an application of Squama Ethernet PoE which can monitor your real-time stock info on a screen:

The above product not fully meet your needs? 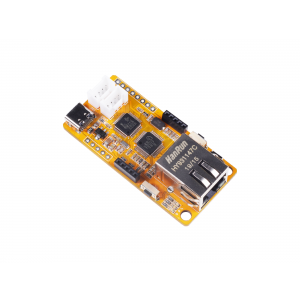 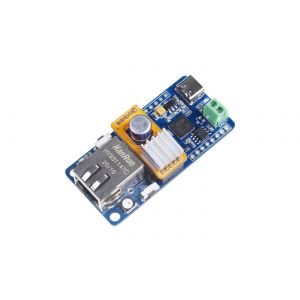 Squama CAN FD to Ethernet Board with PoE
Rating:
0%
$34.90
Add to Wish List Add to Compare